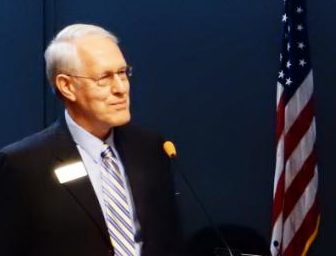 In addition, nine other citizens recommended by Mayor Knapp were appointed by the Council to begin new terms in January on several City Boards and Commissions:

The individuals appointed on Monday were chosen from among 48 applicants considered by Mayor Knapp and Mayor-elect Julie Fitzgerald, who conducted joint interviews in November and December.

In other business, the Council deliberated a resolution that would have provided a monthly stipend for future elected officials. With two re-elected Councilors recusing themselves and a third Councilor opposed, the resolution did not receive the three votes necessary for passage.

The Council was also treated to a virtual performance from Wilsonville High School’s “Soul’d Out” a cappella choir. Community members can support Wilsonville High choirs by watching their videos online.

During Legal Business, the City Council voted to direct City legal staff to appeal the recent Land Use Board of Appeals decision that dismissed the City’s petition for review regarding the Aurora Airport Mater Plan.  The four City Council members who voted in favor of the appeal believe it is critical that the Master Plan be updated through a transparent and inclusive land use and public process, consistent with Statewide Planning Goals, before any additional construction or expansion occurs at the Aurora Airport.

The final Council meeting of 2020 ended with parting words from the outgoing mayor, presiding over his final session after 12 years as mayor and 17 years on the Wilsonville City Council.

“It’s very gratifying to have had the opportunity to work with this group,” said Mayor Knapp. “I’m not leaving the community and I will look forward to the work that gets done after me; you may even hear from me occasionally. Thank you, one and all.”

At the work session prior to the meeting, City Manager Bryan Cosgrove updated the Council on the City’s ongoing efforts to develop a long-term Diversity, Equity and Inclusion (DEI) Strategy. The Council directed City staff to proceed with the establishment of an ad hoc citizen task force to work with a facilitator to identify community needs and establish the priorities and processes that will shape the City’s long-term DEI strategy.

The next City Council meeting, which is to include swearing-in ceremonies for Mayor-Elect Julie Fitzgerald, Council President Kristin Akervall and Councilor Joann Linville, is scheduled to be held virtually on Monday, Jan. 4, at 7 pm; a pre-meeting work session is scheduled at 5 pm.