Finding a Vaccine to Beat COVID-19. FAQ from OPB 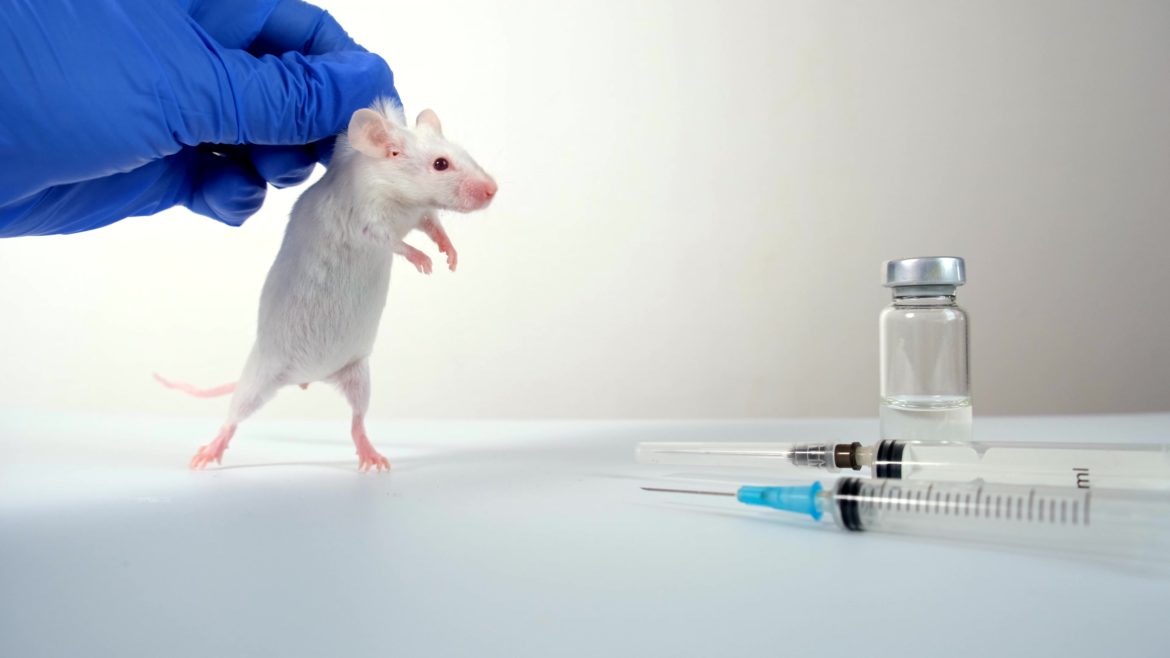 When any new and dangerous infectious disease comes on the scene, there’s an immediate and concerted push to develop a vaccine. For COVID-19, federal health officials have said we will have a vaccine in 12-18 months.

Just last week, director of the National Institute of Allergy and Infectious Diseases Dr. Anthony Fauci told CBS, there have been “no glitches” in the process and that it’s “possible to shave a couple months off that.”

But this timeline is optimistic – perhaps exceedingly so. The reasons have to do with the complexities of vaccine testing, development and production.

Here are the basics about where we are, how it’s done and where we’re going.

How do vaccines work?

The human body is actually really good at fighting off infection and diseases. You can thank your immune system for not letting you die of the common cold. But some germs are so virulent that your body’s immune system can’t react in time to prevent serious damage. For some people, COVID-19 falls into this category.

The key is to give your body a version of the germ that will not actually make you sick. Creating those versions is the crux of vaccine development.

Are all vaccines created the same way?

There are many different kinds of vaccines – each characterized by how researchers use or alter the original bacteria or virus to keep it from making you sick. Some examples:

• Attenuated vaccines (for measles, smallpox, chickenpox): To make these, scientists weaken the original germ – often so it can’t continue to reproduce in your body. These vaccines can generate a lifetime of immunity but can’t be used for people whose immune system is already weakened.

• Inactivated vaccines (for polio, hepatitis A, flu):  These vaccines are created by killing the original germ. Because the germs are dead, these vaccines are very safe, but your body also doesn’t attack them as vigorously as something that’s alive. This is why booster shots are often needed.

• Toxoid vaccines (for tetanus, diphtheria): Some germs don’t harm your body directly, but instead produce a toxin that causes you to get sick. To make toxoid vaccines, scientists target and weaken that toxin so your body can learn to fight it off.

• Subunit vaccines (for HPV, whooping cough, shingles, hepatitis B): This is a broad category of vaccines where researchers use only a small segment of the germ as a vaccine. One technique is removing just the skin of a germ, and then attaching it to the body of another germ so your body thinks it’s attacking the real thing.

These methods take a long time to develop, in part because scientists have to grow and manipulate living viruses and bacteria and make sure they are safe and effective before proceeding to clinical trials.

How are vaccines tested?

In the United States, vaccines are extensively tested before being widely released. And usually, it’s a process that takes several years.

“When you make a great vaccine, it should work as good as or better than the natural infection itself (at creating immunity),” said OHSU professor Mark Slifka. “It should be safe – very, very safe – giving high rates of protection. And then give you long term immunity – hopefully even lifelong immunity if you’re lucky.”

Testing starts in the development phase with animal testing. Scientists use animals at the beginning to get a sense of whether their vaccine will trigger a response from the immune system.

Once researchers have a vaccine that shows promise, they enter human testing:

• Phase 1: The vaccine is administered to up to 100 volunteers. Scientists and regulators are focused on safety at this stage, looking for side effects and trying to determine what size of the dose is safe.

• Phase 2: The vaccine is administered to hundreds of volunteers. Here researchers are still looking at safety, but are now focusing on how the immune system is responding to the vaccine. The question here: Is it working?

• Phase 3: The vaccine is administered to an even larger group of volunteers, perhaps thousands of people. These trials compare the immunity of people given the vaccine and those who are not. Scientists are also determining the most common side effects.

The Centers for Disease Control and Prevention says vaccines are only licensed if they are safe and effective and the benefits outweigh the risk.

This depends on several factors – economics, the urgency of the need for a vaccine, and how common the disease is, to name a few.

“Our goal is to develop vaccines that can protect at least 90% (of people vaccinated) – that would be a gold standard. But we don’t always achieve that gold standard,” Slifka said.

He said we have reached that goal with vaccines for measles, mumps, rubella and hepatitis A and B. But the flu vaccine is a different story. A good year is 50% perfection, and Slifka says it’s often much lower.

Another measure of effectiveness for vaccines is how long they provide immunity. Some last a lifetime, but many require booster doses.

“When you’re in the middle of a pandemic, you are happy to settle for six months of protection,” said Dr. Kathleen Neuzil, director of the Center for Vaccine Development and Global Health at the University of Maryland.

She says she would be thrilled with a COVID-19 vaccine that is 50% effective.

What kind of vaccines are being developed for COVID-19?

There are dozens of COVID-19 vaccines in process worldwide, and they’re using a wide variety of techniques trying to find something that will work. This includes a new class of vaccines that utilize the genetic code of the harmful germ instead of the germ itself.

The vaccine that is furthest along in the regulatory process is from U.S.-based biotechnology company Moderna. It’s currently in Phase 1 human testing at Kaiser Permanente Washington Health Research Institute in Seattle.

The new vaccine type is called a messenger RNA-based vaccine (mRNA). To produce this vaccine, scientists don’t need the virus, only the genetic code. They identify a key piece of genetic information – a recipe for how to make a particular protein contained in the germ. Then they make copies of the recipe in the lab. When injected, those copies get absorbed into your cells, tricking them into following that genetic recipe. Your cells start producing that virus protein, which your immune system targets as a foreign invader and learns to fight. Essentially your cells are harnessed to produce their own vaccine.

The Moderna vaccine is furthest along in testing, in part, because the development stage for mRNA can be much quicker than other kinds of vaccines that rely on using live germs. It was also helped by the fact that China sequenced the genome for coronavirus very early on in the pandemic and shared that information with researchers around the world.

The less encouraging news is that because the technology is so new, no mRNA vaccine has ever been licensed by the Food and Drug Administration.

Why are so many COVID-19 vaccines being developed?

Variety is important because history shows us that the success rate for vaccine development is low.

“It’s certainly somewhere less than 5 or 10%,” Neuzil said. “You can’t count on a single vaccine. We want a lot of shots on goal right now, hoping that we’ll score with at least one.”

Will we have a COVID-19 vaccine by next summer?

“We’re thinking about having a vaccine that is licensable in about 18 months. That’s a really tremendous feat. It’s achievable and I think that it’s reasonable,” said Dr. Wilbur Chen of the University of Maryland School of Medicine.

But for that to happen, everything has to go to near perfection in the testing phase.

“It can cost between $1 and $2 billion to produce a vaccine. And for all the vaccines that we currently have licensed, they take between eight and 16 years before they can make it to the market. So what we’re trying to do here is speed that up to light-year speed compared to how vaccines are typically produced,” said OHSU’s Slifka.

If we find a vaccine, are our COVID-19 problems over?

Once a vaccine is approved by federal regulators, then that opens up a new slate of challenges. Manufacturing and distribution are high on the list.

Vaccine production facilities would have to be built or converted from existing facilities and extensively quality-tested by regulators. These facilities can run in the hundreds of millions of dollars and can take years to build.

Governments are stepping up to help facilitate this. For example, the U.S. government recently gave vaccine developer Moderna a $483 million grant to offset testing and help scale up the company’s production of the mRNA vaccine currently in early human testing.

“By investing now in our manufacturing process scale-up to enable large scale production for pandemic response, we believe that we would be able to supply millions of doses per month in 2020 and with further investments, tens of millions per month in 2021, if the vaccine candidate is successful in the clinic,” said Stéphane Bancel, Moderna’s Chief Executive Officer, in a statement.

But even this would not meet the country’s demand – to say nothing of the global demand – for a COVID-19 vaccine. And this will introduce questions about who gets access.

Health care workers are often mentioned as getting first priority to vaccines. But beyond that, officials will have to figure out how to ration them.

“I mean, it would be a great problem to have.” 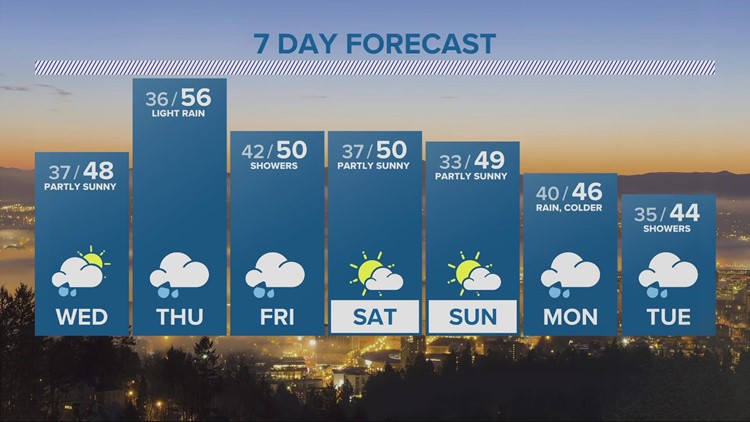 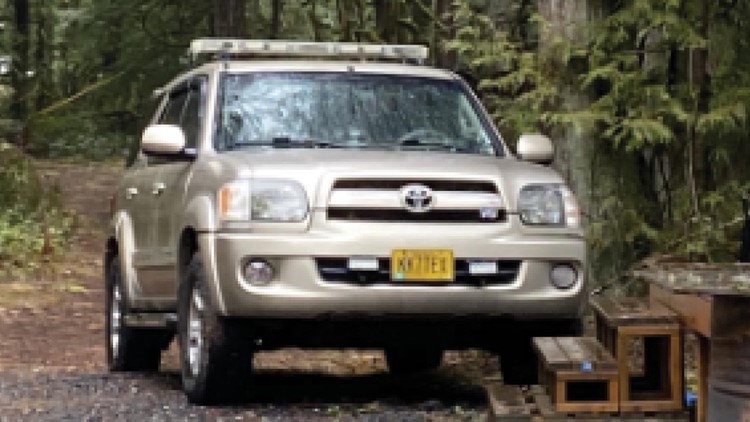 The suspect was arrested Feb. 4 for impersonating a police officer at Mt. Hood. The sheriff's office wants to speak to anyone who he interacted with.          [...] 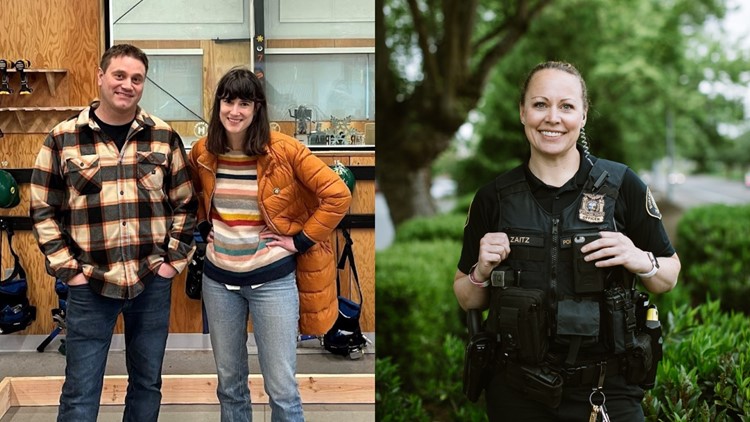