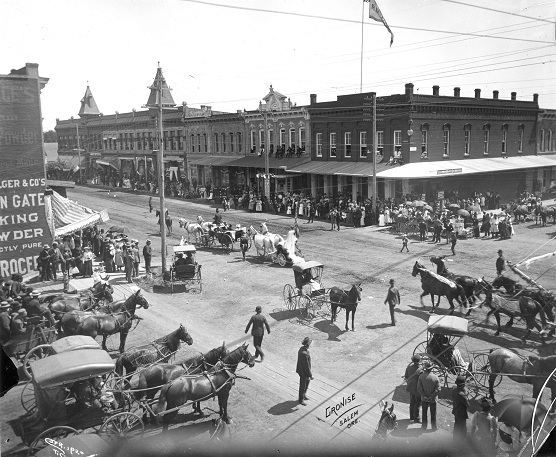 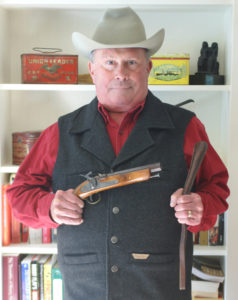 About The Secret History of Underground Salem

About the Speaker:
Dr. John Ritter is an Adjunct Professor of History at Corban University and Linfield College, a Guggenheim Fellow in American History, a Taft Fellow in American Government, and a Fulbright Fellow in Arabic Studies. He has received six National Endowment for the Humanities awards, and has graduate degrees in History, Geography, Corrections and Special Education history for 40 years and specializes in Salem History. A lifelong Salem resident, he grew up on a West Salem farm. 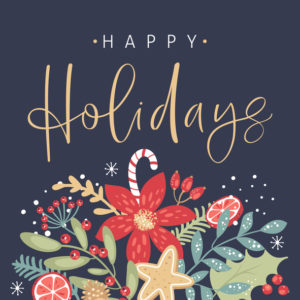 Back to School Month at Wilsonville Library. Sept... 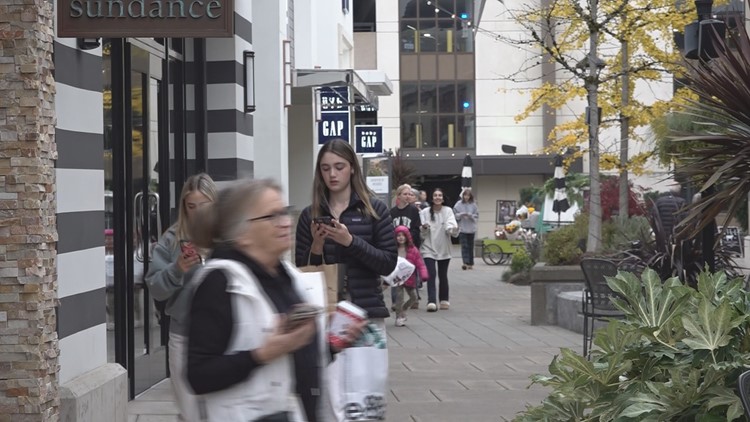 One is a consumer blitz of sales and shopping, while the other is a nudge toward enjoying Oregon’s great outdoors. Both can help work off a turkey dinner          [...] 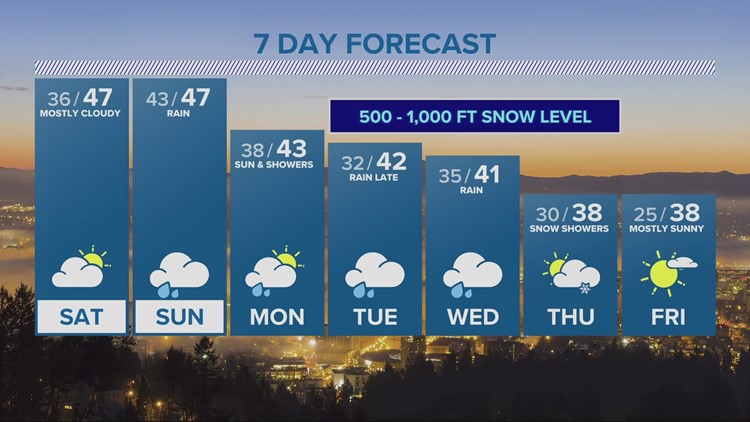 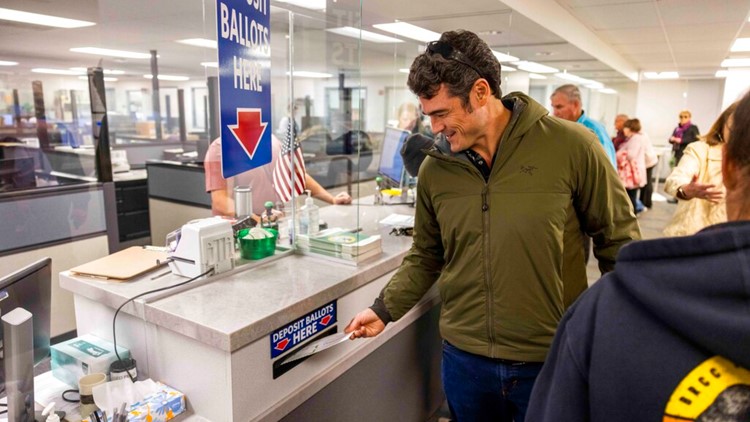 In the race for Washington's 3rd Congressional District, Republican Joe Kent says he may pay for a recount, even if results don't meet the automatic .5% threshold.          [...]

On Monday, November 21, 2022 at approximately 9:18 AM, Oregon State Police Troopers  responded to a suspicious object found by Oregon Department of Corrections cleanup crew on northbound Interstate 5 near milepost 260.OSP Troopers with the Salem Area Command took possession of a small backpack that contained a human skull. The skull was transported to the  Oregon State Medical Examiner’s Office who will continue to investigate the identity of the skull. The skull had no identifiable features, but was most likely that of a female in her late 30’s to 40’s. No further information is available at this time.  [...]

On Sunday, November 20, 2022 at approximately 6:09 PM, Oregon State Police Troopers and emergency personnel responded to a two-vehicle crash on Hwy 58, 25 miles east of Oakridge at milepost 61.Preliminary investigation revealed a westbound Honda Accord, operated by Amber Shaleene Gonzalez Riddle (26) of Portland, crossed into the oncoming eastbound lane and collided with a Toyota Rav 4, operated by Debra Diane Baker (66) of Sunriver. The Toyota caught fire and became fully engulfed after the occupants were removed. Gonzalez Riddle and passengers, Geavony Amor Ferreira (23) of Portland and a 3-year-old female were transported to an area hospital… [...]

On Thursday, November 17, 2022 at approximately 4:00 PM, Oregon State Police Troopers and emergency personnel responded to a two-vehicle crash on Hwy 99W, 7 miles south of Monmouth. Preliminary investigation revealed a northbound Infinity G37, operated by a 17-year old male of Lacy, Washington, crossed into the southbound lane colliding with a Subaru Legacy, operated by Brian Pillette (69) of Adair Village. Brian Pillette and a passenger, a 2-year old female, were transported to an area hospital with injuries. An additional passenger, Lori Pillette (64) of Adair Village, sustained fatal injuries and was pronounced deceased. The 17-year old male and his… [...]

On November 16, 2022, at approximately 10:30 p.m., an Oregon State Police Senior Trooper stopped a passenger car for failure to drive within its lane of travel on Interstate 5 northbound near milepost 227 south of Albany. During the traffic stop, the Trooper noticed signs of criminal activity and requested consent to search, which was granted by the occupants of the vehicle.  During a search of the vehicle, the Trooper located five large plastic bags, approximately 12 lbs., of suspected fentanyl pills concealed in the trunk of the vehicle.The driver was identified as Jose Manuel Gonzalez Obeso (22) and the passenger… [...]

Update-Correction to direction of involved CMV On Tuesday, November 16, 2022 at approximately 5:11 PM, Oregon State Police Troopers and emergency personnel responded to a tw0-vehicle crash on Hwy 97 near milepost 76. Preliminary investigation revealed a northbound red Chevrolet Silverado pickup, operated by Theodore Church (75) of Prineville, crossed into the on-coming southbound lane and collided with a white Freightliner CMV, operated by Wilhelm Moorecroft (65) of Cambridge, Ontario. Church sustained fatal injuries and was pronounced deceased. Moorecraft was uninjured. Hwy 97 was affected for approximately 3 hours while the OSP Collision Reconstruction Unit investigated the scene. OSP was assisted by Jefferson County Sheriff’s… [...]

On Wednesday, November 16, 2022 at approximately 7:40 PM, Oregon State Police Troopers and emergency personnel responded to a two-vehicle crash on Hwy 26 near milepost 114. Preliminary investigation revealed a gray Toyota Tacoma, operated by Audry Cooper McHugh (29) of Bend, was passing several vehicles in the fog when it collided head-on with a westbound gold Chevrolet Malibu, operated by Saralee Spino-McCormaack (29) of Warm Springs.Spino-McCormack and the right rear passenger, a 13-year old male, sustained fatal injuries and were pronounced deceased. A 14-year old female passenger was transported to an area hospital with serious injuries. McHugh was transported to… [...]

The Oregon State Police (OSP) is aware that the public has many questions regarding Ballot Measure 114.  The Oregon Secretary of State’s office notified OSP that Ballot Measure 114 will go into effect at 12:00 a.m. on December 8, 2022.  The Oregon State Police is working very closely with the Department of Justice, the Oregon State Sheriffs’ Association and the Oregon Association Chiefs of Police to assess the required processes that need to be completed to implement this law.For the month of November 2022, approximately 63% of the requests received into the OSP Firearms Instant Check System (FICS) unit have… [...]

On Monday, November 14, 2022 at approximately 6:36 PM, Oregon State Police Troopers and emergency personnel responded to a two-vehicle crash on Hwy 20 near milepost 16. Preliminary investigation revealed a westbound silver Toyota Yaris, operated by Kevin Gonzales (30) of Redmond, crossed over into oncoming traffic and collided with a red Freightliner, operated by Kyle Kemper (40) of Lebanon. The Freightliner truck is owned by the Lebanon Fire Department and is commonly known as a “pumper truck”. Prior to the collision the Toyota was reported to be driving erratically and impairment is being investigated as a contributing factor. Gonzales sustained fatal… [...]

On November 14, at approximately 2:43AM, the Oregon State Police responded to a single vehicle roll-over crash on US-101, near MP 344.The preliminary investigation indicated a northbound Chevrolet Silverado, operated by Allen Shaffar (41) of Brookings, left the roadway for an unknown reason resulting in a roll-over crash. The operator was deceased upon the arrival of first responders.OSP was assisted by the Gold Beach Fire Department, the Pistol River Fire Department, and the Curry County Sheriff's Office. [...]

On November 13, at approximately 1:30AM, the Oregon State Police responded to a vehicle vs pedestrian crash on I5 near MP 259.The preliminary investigation indicated the deceased operator, Michael Ernest Summers (38) of Salem, was traveling northbound on I5 when he lost control and struck the jersey barrier for unknown reasons. Summer's dog was freed and running in the lanes of travel.  Summers was chasing his dog on the roadway when he was struck by a Toyota Camry, operated by Amy Biggins (83) of Salem, traveling north on Interstate 5. Summers was pronounced deceased at the scene. The operator of… [...]

On November 12, at approximately 7:23PM, the Oregon State Police responded to a vehicle vs pedestrian crash on Hwy 26, near NE Poplar St, in Madras.The preliminary investigation indicated a maroon Chevrolet Impala, operated by Stuart Smith (22) of Warm Springs, was northbound on Highway 26 when it struck a pedestrian, Albert Lloyd French III (70) of Madras, in the northbound "B" lane near the intersection with NE Poplar St. The pedestrian was pronounced deceased on scene. The occupants of the Impala were not injured. The cause of the crash is being investigated.Hwy 26 was closed for approximately 4 hours… [...]

On November 9, 2022, at approximately 12:01PM, the Oregon State Police responded to a two vehicle collision on US-101, near MP 50.The preliminary investigation indicated a fully loaded Peterbilt tanker truck, operated by Kenneth Walter Zwald (69) of Tillamook, was northbound on US 101, when for an unknown reason, it crossed into the opposing lane and struck a Mazda CX-5, operated by Gordon Stewart Beadle (81) of Campbell River (BC), head-on in the southbound lane.  Both vehicle operators were transported for injuries.  A passenger in the Mazda, Judy Gwyneth Beadle (79) of Campbell River (BC), was killed during the collision.… [...]

On November 10, 2022, at approximately 7:30PM, the Oregon State Police responded to a vehicle vs pedestrian crash on HWY 26, near MP 1.5.The preliminary investigation indicated a westbound Toyota Camry, operated by Robert Greenawald (72) of Seaside, struck a pedestrian, Timothy L. Painter (65) of Seaside, who was walking within the westbound lane of HWY-26, near MP 1.5.  The pedestrian was pronounced deceased at the scene.  The operator of the vehicle remained at the scene and cooperated with the investigation.OSP was assisted by the Cannon Beach Police Department, the Clatsop County Sheriff's Department, Seaside Fire, Medix, and ODOT. [...]

On November 10, 2022, at approximately 6:36PM, the Oregon State Police responded to a vehicle vs pedestrian crash on US-30, near MP 82.The preliminary investigation indicated the pedestrian, Hannah Jean Olson (25) of Astoria, attempted crossing US-30 at the intersection with old US-30, near MP 82.  Olson crossed in front of a white Kia Sorento, operated by Remington Fay Toristoja (28) of Naselle (WA), who was traveling eastbound on US-30.  Olson was struck and killed as she entered the eastbound lane of travel.  The operator of the vehicle remained on scene and was cooperative with the investigation. Witnesses to the… [...] 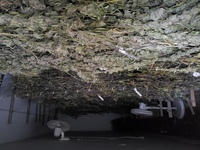 On Friday, November 4, 2022, at approximately 3:40 P.M., Oregon State Police Troopers and emergency personnel responded to a two-vehicle crash on Highway 26 near milepost 53.Preliminary investigation revealed a Honda, Morgan Martin, (34) of Vernonia, was driving eastbound on Highway 26 near milepost 53 when the vehicle left its lane of travel going into oncoming traffic.  The Honda hit a Subaru head-on, operated by Mathew Wales (64) of Banks.  Martin was pronounced deceased at the scene.  Wales was transported to a local hospital with minor injuries.  It is believed that weather and road conditions due to the heavy rainfall… [...]

On Friday, November 4, 2022, at approximately 11:30 A.M., Oregon State Police Troopers and emergency personnel responded to a two-vehicle crash on Highway 30 near Milepost 88.Preliminary investigation revealed that a red Colbalt, operated by Lori M. Wangen (51) of Astoria, was traveling eastbound on Highway 30, when she lost control of the vehicle, went into the oncoming lane, and then stuck a westbound black Equinox operated by Camilo Fonnegra (63) of Chehalis, Washington. Wangen suffered fatal injuries and was pronounced deceased at the scene.  EMS transported Fonnegra and his passenger to an area hospital.   OSP was assisted on the… [...] 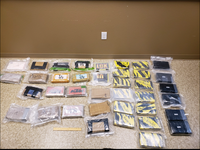 On November 3, 2022, at approximately 1:01 P.M., an Oregon State Police Senior Trooper from the Salem Area Command stopped a vehicle for following too close, unlawful window tint, and a speed violation on Interstate 5 northbound near milepost 228. During the traffic stop, the Trooper noticed signs of criminal activity and requested consent to search, which was denied by the occupants of the vehicle.  The Trooper deployed his drug detection K9 and after a positive alert to the odor of controlled substances, the Trooper searched the vehicle. The search of the vehicle revealed approximately 83 pounds of suspected cocaine and… [...]

Customers in Wilsonville, Sherwood Asked to...